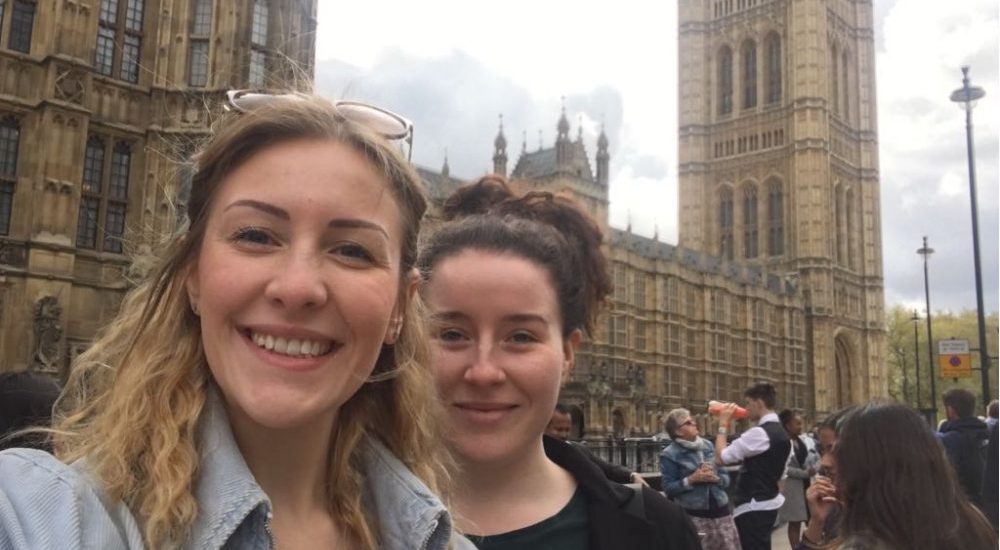 On the 23rd of April, the semi-finalists and finalists of this year’s Public Speaking Competition, sponsored by the Lloyd’s Community Programme, were treated to a tour of the Houses of Parliament, courtesy of Jim Fitzpatrick, Labour MP for Poplar and Limehouse. Jim is a historic supporter of the competition and did a wonderful job of hosting our pupils from Langdon Park, Central Foundation Girls’ School, Morpeth School, Green Spring Academy and Mulberry School for Girls.

The tour began in Westminster Hall, the oldest building on the Parliamentary estate. Pupils loved seeing the nod to the suffragettes in a contemporary light sculpture, who certainly were aspirational figures who spoke passionately about what they believed in. Standing in the House of Lords and the House of Commons was a surreal experience for everyone; learning the protocol for speaking in these rooms was fascinating with some students starting to call each other ‘The right honourable gentleman/woman’…! Public speaking was really brought to life by our tour as we were standing in the shoes of many great politicians.

The group were invited to a Q&A with Jim after the tour. He gave the pupils some excellent employability skills advice, telling them that their image, presentation and confidence to engage others is fundamental in standing out from the crowd. As an MP, Jim has had to project his voice to over 80,000 constituents and respond articulately to their concerns. Any kind of public speaking practice or persuasive techniques taught in schools should be jumped upon as an opportunity by pupils – and that’s exactly what our pupils did! They then quizzed Jim on social housing in Tower Hamlets, parliamentary careers, the effect Brexit will have on young people and how employment is changing. After a quick photo opportunity, our time at the Houses of Parliament came to a close.

A final well done to our pupils and thank you to Jim Fitzpatrick – what a wonderful, aspiration raising day!

If an employer ever needed a better reason to take on work experience, then surely this excellently written blog entry written by Year 10 Bow School student Sumaya Rahman is it. Sumaya spent a week at Half Moon Theatre in Limehouse last week and clearly had an amazing time! Read all about her experiences to […]

Our fantastic intern, Madison Mansour, spent seven weeks supporting THEBP as part of an exchange programme with the University of Wisconsin-Madison. In this short blog, Madison reflects on her experiences, what she learned along the way, and why she wants to continue working in education. Thanks for all your hard work, Madison! “In March of […]